Our pup Murphy is a German shepherd/Belgian Malinois mix which inherently has a lot of strong breed traits. I started with the generic puppy classes then moved on to obedience classes. Murphy was an absolute rock star in class, but this did not transfer over to the chaos of everyday life in our home. Murphy was impulsive and often used his size and his mouth in forceful ways. Among other things, this included grabbing my kids by their clothing and forcibly shaking them like a stuffed animal (and not releasing). I started to recognize that I needed help with his behaviour when he was around 4 or 5 months old.

I realized it was a full-blown problem when one day at the beach, he retrieved my 8-year- old daughter and dropped her at my feet after she tried to run to see a friend from school. I reached out to my existing trainer on multiple occasions asking for private sessions with my husband and kids. I was not successfully able to secure any private sessions and this behaviour continued to escalate. The solution offered during that time was to keep Murphy on a leash with a Halti while he was awake/out of his Kennel. This meant that he was attached to me the whole day until he went to bed at night unless it was just me and him at home. My kids could not walk into the room unless they gave me a heads up.

I was told by our trainer that it would be a long road, possibly a year or two of having him attached to me. I was committed to doing whatever it took but this was exhausting and heartbreaking. I began researching on my own and read that e-collars were an effective tool for managing some of the challenges I was facing. I reached out to my trainer again and asked if we could incorporate e-collars into our training. I was told that using an e-collar would likely have an opposite effect in my situation and that there was a good chance that Murphy would associate the e-collar with the kids and become aggressive and lash out at them. I felt completely defeated and I felt unsupported. I have owned several dogs throughout my life and Murphy’s level of engagement and loyalty was like nothing I had ever experienced. I did not want to give up on him and felt that this logic did not make sense. I also did not want to do this for the next year as that’s a lot of time to lose with children that already grow too quickly.

After coming across Ted’s name, I called him. I was expecting to get a voicemail and maybe a call back in a couple of days. Ted answered the phone while he was in the grocery store and said, “tell me what’s going on.” I almost cried. Within two weeks we met with Ted and Amy. Initially, I was scared I was going to be judged or that he was going to tell me that we should consider re-homing. That night I walked out feeling like I had a path of direction and that no matter what Ted and Amy were going to walk it with me. My husband and children were included in the training and for the first time since bringing Murphy home, I didn’t feel that I was faced with the burden of “fixing him” by myself. We are now 8 weeks into our training with Mango Dogs and Murphy’s transformation is unbelievable.

He is now a family member that is not feared. Murphy is the family dog we had always wanted, and he is truly the best companion I have ever had. Not only have we addressed the issues above, but we also worked on things that just make him an all-around pleasant, well-mannered, and obedient dog. We still have a way to go on this journey, but I know that I am supported. If anyone is on the fence because of the cost, I would wholeheartedly say do it. It’s an investment with an unmeasurable return. I would have spent more over the next couple of years paying for my previous 6 weeks at a time, “obedience” type classes and would have lost 1-2 years of time spent with my children, family and friends as a result (and likely something tragic would have happened). Ted and Amy are amazing human beings, and I will be forever grateful for what they have given me. 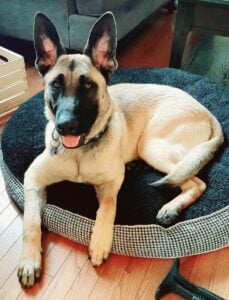 Want to know more? Check out these articles


Back When Dogs Had Jobs